The United Nations Charter contains an important limitation on the power of the world body in its Article 2, paragraph 7. There we find, “Nothing contained in the present Charter shall authorize the United Nations to intervene in matters which are essentially within the jurisdiction of any state….” The Senate promptly approved the Charter in 1945 and the U.S. became one of the first members of the world body.

Pro-UN authors Leland M. Goodrich and Edvard Hambro wrote in their 1949 book, Charter of the United Nations: Commentary and Documents, that the paragraph we have noted constitutes “the most substantial limitation” on the UN’s power in the entire document. In 1966, U.S. diplomat James J. Wadsworth, another champion of the UN, pointed to the same limitation in his The Glass House: The United Nations in Action.  He wrote: “It is a foregone conclusion that had this provision been omitted from the Charter, literally dozens of prospective members in 1945 would have balked at ratification – certainly the United States would have been among them.”

But the UN regularly ignores Article 2, Paragraph 7 and grasps every opportunity to add to its ominously growing clout.

Acting on a complaint filed by the Council of Canadians, the UN has been asked to rule that the shutting off of water to many Detroit domiciles constitutes a denial of a fundamental human right. Because of thousands of unpaid water bills, the Detroit Water and Sewage Department did indeed shut off the water to 3,025 houses (many of which are unoccupied) after receiving no response to its April notices that a shut-off would be initiated because of non-payment. The threat was sent to 44,273 residences and resulted in remittances of $400,000. In other words, a huge number of the scofflaws paid up.

Water and Sewage Department official Bill Johnson noted that the threat to shut off the water had to be made. He said, “The water bill isn’t the first bill people pay, it’s the last one – after the credit card, after the cell phone, after the [TV] cable.” But he knows that people who do pay their bill for water “are picking up the cost for people who aren’t paying.” And he complained that people who make outrageous claims about Detroit’s water situation never come up with any plan enabling is to “supply the best drinking water in the world for free.”

Canadian Maude Barlow, the chair of the liberal Council of Canadians, crossed into the U.S. to visit Detroit and, in her 92-page report sent to the UN, she maintained that shutting off the water was a grave injustice. She knew that the world body’s General Assembly had officially named clean drinking water a human right in 2010. What ever happened to the oft-praised good relations existing between our nation and our northern neighbor? Who gave a Canadian the right to protest what happens in the U.S.? Even more, what about the UN Charter’s limitations on such meddling by the world body?

Catarina de Albuquerque, the UN’s Special Rapporteur on water rights, hasn’t yet commented on the Detroit situation. But, in 2012, she sent a fiery letter to Sacramento Mayor Kevin Johnson scorching the city’s leaders with claims that its homeless population didn’t have access to sanitation and clean water.

Beyond Detroit’s water and sewage problems, and even beyond the unfriendly meddling by a liberal Canadian, the most important issue here is UN lawlessness. If it won’t be limited by its own Charter, how is anyone going to stop its march toward total control of the planet? The sane recourse, even for Canada, is to withdraw from the United Nations, the sooner the better.

Get US out! of the United Nations has been the signature campaign of The John Birch Society for over 50 years. The global power elites view the UN as their main vehicle for establishing, step by step, a socialistic global government controlled by themselves. Now, more than ever, we need to get the US out of the UN and the UN out of the US.

A largely forgotten or ignored feature of the political construction of the United States consists of the undeniable fact that the states created the federal government, not the other way around. The states, of course, existed before the Constitution was even written. The Constitution wouldn’t even exist if it hadn’t been ratified by the required 3/4s of the states. The purpose of this state-created Constitution is very clear: There shall be a national government with strictly limited powers and all other powers shall remain with the states or the people (10th Amendment).

If the states are sovereign and the federal (national) government oversteps its constitutionally limited role, what is a state (or all of the states) to do? One answer is nullification, a little-used procedure that shows signs of becoming strongly prominent.

On March 19th, the state of Idaho demonstrated its understanding that the federal government isn’t all-powerful. A measure known as SB 1332 won passage without any “No” votes in both houses of the state’s legislature. It was then signed into law by the governor. SB 1332 says that there shall be no confiscation of firearms by Idaho law enforcement officers when directed to do so by the federal government. The measure was prompted by the enactment of various measures by the federal government that do indeed threaten a citizen’s right to be armed.

In Georgia, the state legislature came within a whisker of nullifying ObamaCare when the state senate declined to follow the Georgia house’s approval of a measure to nullify that widely unpopular federal measure. Proponents say they will try again. Other states, looking at what has happened in these two states (and others where nullification measures are being considered), are beginning to realize that they are not mere subordinate jurisdictions required to accept robotically and carry out all federal mandates.

Opponents of nullification will cite a portion of the Constitution’s Article VI: “This Constitution and the laws of the United States … shall be the law of the land.” Sounds good but they leave out something. Proponents point to the part of Article VI omitted by the above ellipsis which states “which shall be made in pursuance thereof.” In other words, the federal government cannot create any law whose legitimacy does not follow the provisions of the Constitution itself.

Perhaps some states will begin to take a hard look at such federal mandates regarding education, housing, medical care, energy, and more. There is clearly no authority given in the Constitution for meddling in these and numerous other areas.

State recognition of the power to nullify when the federal government exceeds its constitutionally authorized power could become the nation’s way out of virtually uncontrolled federal domination. To join the movement in your area to do just this, join The John Birch Society today.

Understanding the agenda behind “free trade” is the first step in learning why this type of trade needs to be avoided. In response to the current negotiations of “free trade” through the President Obama administration, Arthur Thompson, CEO of The John Birch Society, has written and published a book exposing the agenda of “free trade.”

“International Merger by Foreign Entanglements” details historic events that helped shape the European Union through trade agreements and how the same could happen to the U.S. Below is an excerpt from Chapter 1: “Nation is Forming Permanent Alliances.”

In various pacts the U. S. government has entered into since the end of World War II, we have been witnessing entanglements that deliver power to international organizations through regional institutions, such as NAFTA (the North American Free Trade Agreement), and worldwide institutions, such as the United Nations. This is the consistent pattern that runs throughout all of our foreign dealings.

The titles on these pacts promote an idea that is very different from the actual contents of the packages, although there are hints of their contents from time to time even within the titles. And, all too often, negotiations are kept secret not only from the American people but from Congress as well. Repeatedly, elected officials see the agreements only a short time before they are asked to vote on them. Sometimes, they never see the documents. Rarely do they have enough time to thoroughly read and understand them.

Over the last two or three decades, increasing reliance on secrecy has come to dominate the federal administration and the congressional leadership. This can be readily seen in proposed groundbreaking laws and treaties. Once enacted, secrecy remains a presence in the implementation of the various pacts.

In addition to secrecy, there exists a tactic that has been used on occasion to gain approval of controversial treaties. It involves moves by the Senate leadership, based on the ratification provision of Article II, Section 2 — “provided two thirds of the Senators present concur” (emphasis added), that the majority of the Senate would reject. We will give an example in Chapter Nine.

Let us state up front that we believe that a large majority of Americans would support genuine free trade between the businessmen of one country and those of another. But, the results of trade pacts are something far different from the promises given to the American people and Congress as reasons to support the agreements.

If trade between countries were truly free, there would be no need for hundreds or thousands of pages to spell out what it shall or shall not entail. Ask yourself if the following is the kind of agreement you could support: A single piece of paper signed by leaders of two or more countries stating that there will be no interference by the respective governments with the transactions between their businessmen. Except for cases where fraud or national security considerations exist, the government will have nothing to offer. It’s all very simple.

Some individuals will claim that the trade issue is so complex and so important that there is a need to spell out every minute detail. This is a smokescreen designed to discourage anyone from questioning what the mountains of paper say and mean. The agreement should not be complex and neither should the powers of a properly created government.

Keep in mind that our nation’s Constitution as the “supreme law of the land” governs the entire “complex” United States by spelling out what the federal government may do. And it was originally written on four sheets of paper!

Why then do negotiations for free trade agreements take years to complete? Studies made about these negotiations even take a great deal of time and money. And finally, why are the finalized agreements as thick as municipal telephone books?

Ask yourself some further questions: Have trade agreements negotiated in the past few decades actually added to America’s economic vitality? How many jobs and factories moved out of our country as a result of these pacts? Have any of these agreements benefited small and medium-sized businesses, the heart of the American economy? Or, have they mainly helped the multinational corporations whose leaders boast of their international loyalties and their lack of concern about the value of our nation’s independence?

If the answers to these questions are negative regarding our economy, then why do we continue to seek a remedy that has proven to fail? Is there a different motivation behind so-called free trade agreements? One of the reasons these negotiations take so long is that the people who represent the multinationals need a pact that helps them win in a competitive market. In short, they don’t want a level playing field. They have the ears of the leaders of various countries who also like the idea of government involvement and interference. In addition, they have an army of highly paid lobbyists who are in constant contact with negotiators and others connected with the process.

For more, purchase the full book at ShopJBS.org. Visit our “Choose Freedom, Stop the Free Trade Agenda” action project page to learn how you can help preserve American liberty and freedom! 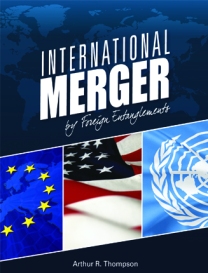