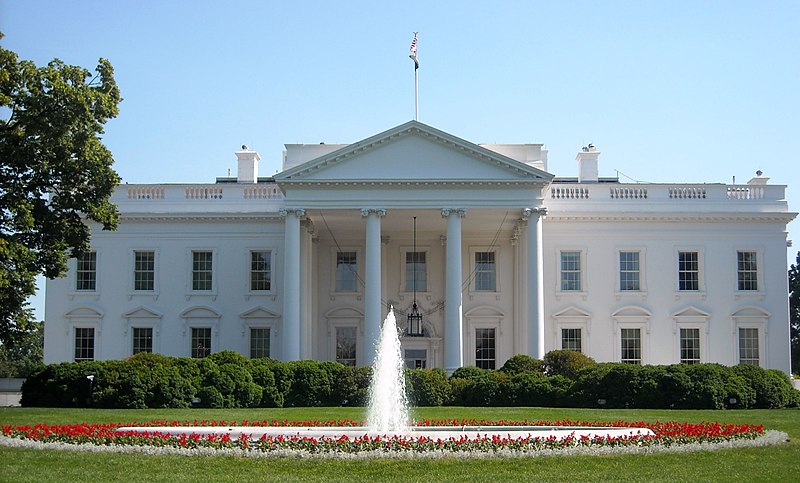 He’s always available for the news programs. Arizona Senator John McCain receives friendly airtime and is relied upon for his perspective because of his willingness to stand apart from true conservatism – which is based on the U.S. Constitution’s limitation of the federal government. The media love him, not because he’s a traditional conservative, but because he’s a neoconservative. 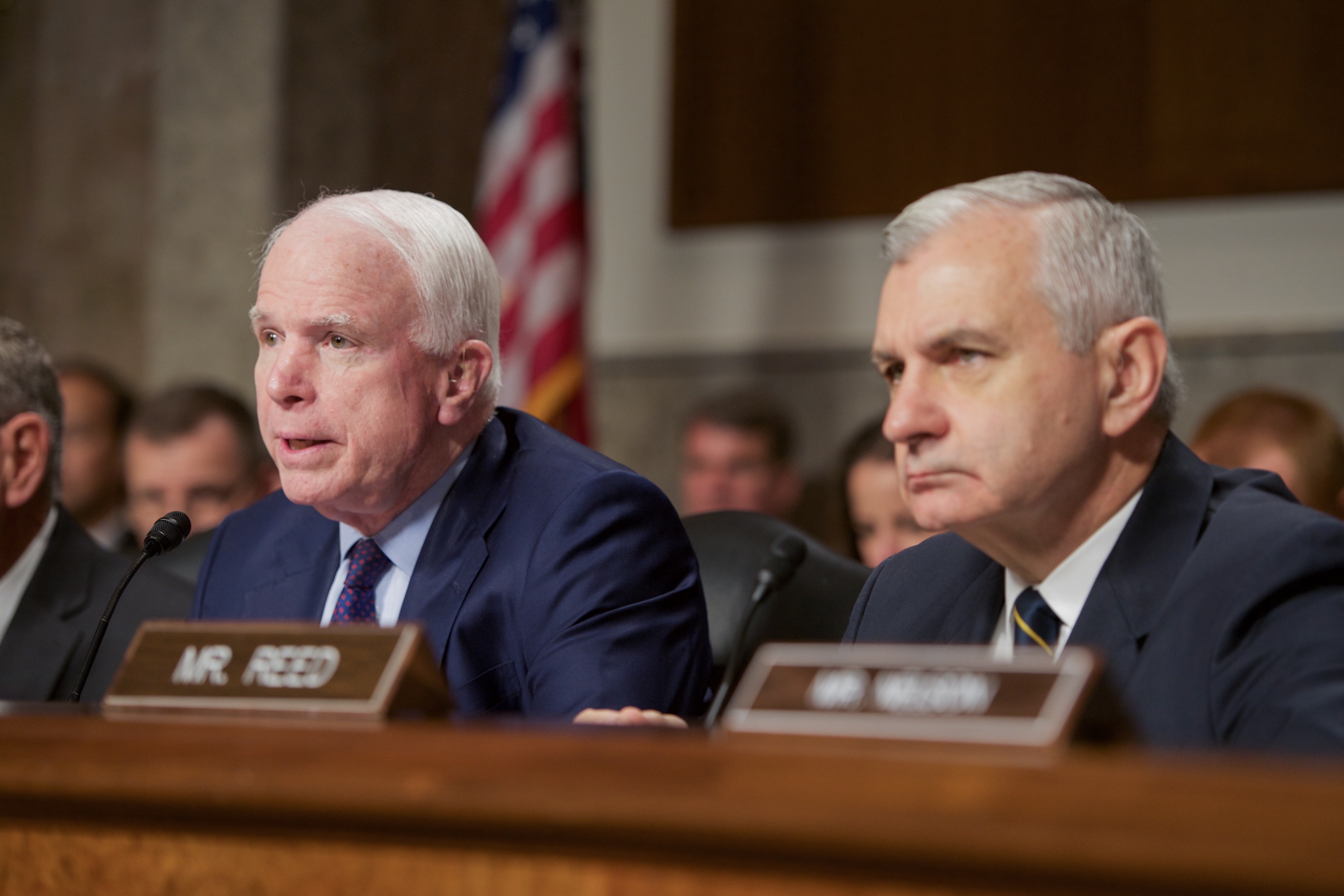 A neoconservative is a partisan for socialism, big government, and war to force the movement’s view on others. Neoconservatism had its birth in the 1970s when a group of Democrats abandoned that political party and declared themselves newly minted Republicans. Led by Irving Kristol, the self-proclaimed “godfather” of the movement, neocons have followed his lead in calling for “a conservative welfare state.“ They also roundly condemn “isolationism,” preferring military action almost anywhere. Kristol frequently and proudly expressed his affection for Leon Trotsky, who partnered with Josef Stalin in the takeover of Russia in 1917.

I think Senator McCain’s perspective is colored by his disagreements with President Trump on foreign policy. If I were to look at foreign policy, I would say that John McCain has been wrong on just about everything over the last four decades.

He advocated for the Iraq War, which I think destabilized the Middle East. If you look at a map, there are probably at least six different countries where John McCain has advocated having U.S. boots on the ground.

John McCain’s complaint is we’re either not at war somewhere, or if we’re at war, we leave too soon. So we’re not there soon enough, and he wants us to stay forever wherever we send troops.

McCain’s affection for war as can be found in some of his recent Senate votes. Last September, the Arizona senator supported a measure calling for sending tanks to Saudi Arabia that could be put to use in the Yemen struggle. Had his intention not been blocked, the U.S. would have been more heavily involved in yet another Middle East conflict.

Then in December 2016, McCain supported the huge $611.2 billion National Defense Authorization Act, which supplies funding for military action in Afghanistan, Iraq, and Syria. This enormously expensive measure also called for the creation of a “Global Engagement Center” that will finance U.S. activity in countering foreign state propaganda efforts. In other words, the U.S. will be meddling in other nations and calling it part of needed defense of our own. Critics say this new center will drag our nation into more conflicts.

John McCain spent several years as a prisoner of the Communist North Vietnamese during the Vietnam War. He rode that credential into gaining a place in Congress as a conservative Republican, a reputation he never deserved. His performance has never seen him siding with traditional conservatism and determined non-interventionism. That’s why the liberal media goes to him for his comments about President Trump and anything that even hints at rolling back big government and having America’s military less involved in skirmishes all over the globe.

The man few outside southern Virginia had ever previously heard of sent a shock wave through the political world with his primary drubbing of House Majority Leader Eric Cantor (R-Va.). Economics professor Dave Brat didn’t just beat Cantor; he walloped him by 11 points. He will now be known as the amazing upstart who defeated a highly situated congressional leader, the first in memory to accomplish the seemingly impossible.

Cantor has long been a favorite of the Washington and Wall Street establishment. It was these moguls who provided him with a huge war chest ($2 million) to insure his continued presence in Congress. Brat made an issue of Cantor’s benefactors calling them “Cantor’s crony capitalists.” His campaign raised only ten percent of the amount possessed by the seven-term incumbent. That issue was likely the largest reason for the upset victory.

The “experts” who always try to influence elections, and who seek to continue doing so even when their favorites get defeated, claimed that the two other matters propelled Brat to victory: our nation’s failure to control immigration and the clout of the Tea Party movement. But, as Antiwar.com leader Justin Raimondo pointed out, those two issues were of little consequence. Brat didn’t make much noise at all about immigration and the Tea Party did absolutely nothing to aid the winner. One report stated that the Tea Party Patriots wouldn’t even answer his telephone calls seeking help. What did resonate with voters was Brat’s concern about the growing government invasion of privacy, specifically the National Defense Authorization Act’s grant of power to access everyone’s telephone calls and emails. He even let it be known that he opposed going to war without the constitutionally required declaration of war by Congress.

However, during an interviewed conducted by NBC’s Chuck Todd after his victory, Professor Brat indicated some guarded approval of our nation using its military power abroad. He didn’t use the term “police the world” when offering his recommendation for U.S. foreign policy but, in essence, that’s what he conveyed to Todd. Voters in his district who are being assured of his “non-interventionist” stance had best be aware that he seems a bit weak on a very important matter.

A side consideration here is continued evidence that the Tea Party movement has become the establishment’s favorite whipping boy. Whether deserved or not, the Tea Party is credited either with extreme clout or no influence whatsoever. Like so many political organizations over the years, it has risen like a shooting star and then gradually or completely fizzled. Most Tea Party groups started out with hundreds of adherents. A few years down the road, many have completely disbanded and many others are down to a few stalwarts, some of whom remain as leaders in order to keep ideologically pure conservatives from gaining control, or to convert their Tea Party activity into acquiring some political or governmental post. When elements of the Establishment-controlled mass media continue to tell the public how powerful the Tea Party is, one should wonder. The reality, as shown in the Dave Brat victory, is quite different.

UPDATE: With news as of Monday, June 23rd from the Economic Policy Journal, Brat has replaced his campaign manager with a former Cantor campaign manager.  We have to wonder if the Establishment is gaining a foothold for either a loss in November or a win with a co-opted future. Time will tell.

The John Birch Society does not endorse political candidates or parties. The organization has been consistent with this policy since its founding. Members are free to be as active as they wish within politics, but never in an official JBS capacity.