The Supreme Court and Cake

Five years have passed since a Colorado baker of cakes refused to create one of his masterpieces for two men who wanted it to celebrate their  “marriage.”  It’s hard to believe that this incident is now before the U.S. Supreme Court. But it is, and the fact that it has reached such heights indicates how far our nation has descended toward destruction of common sense and the commonly held values that formerly undergirded our nation. 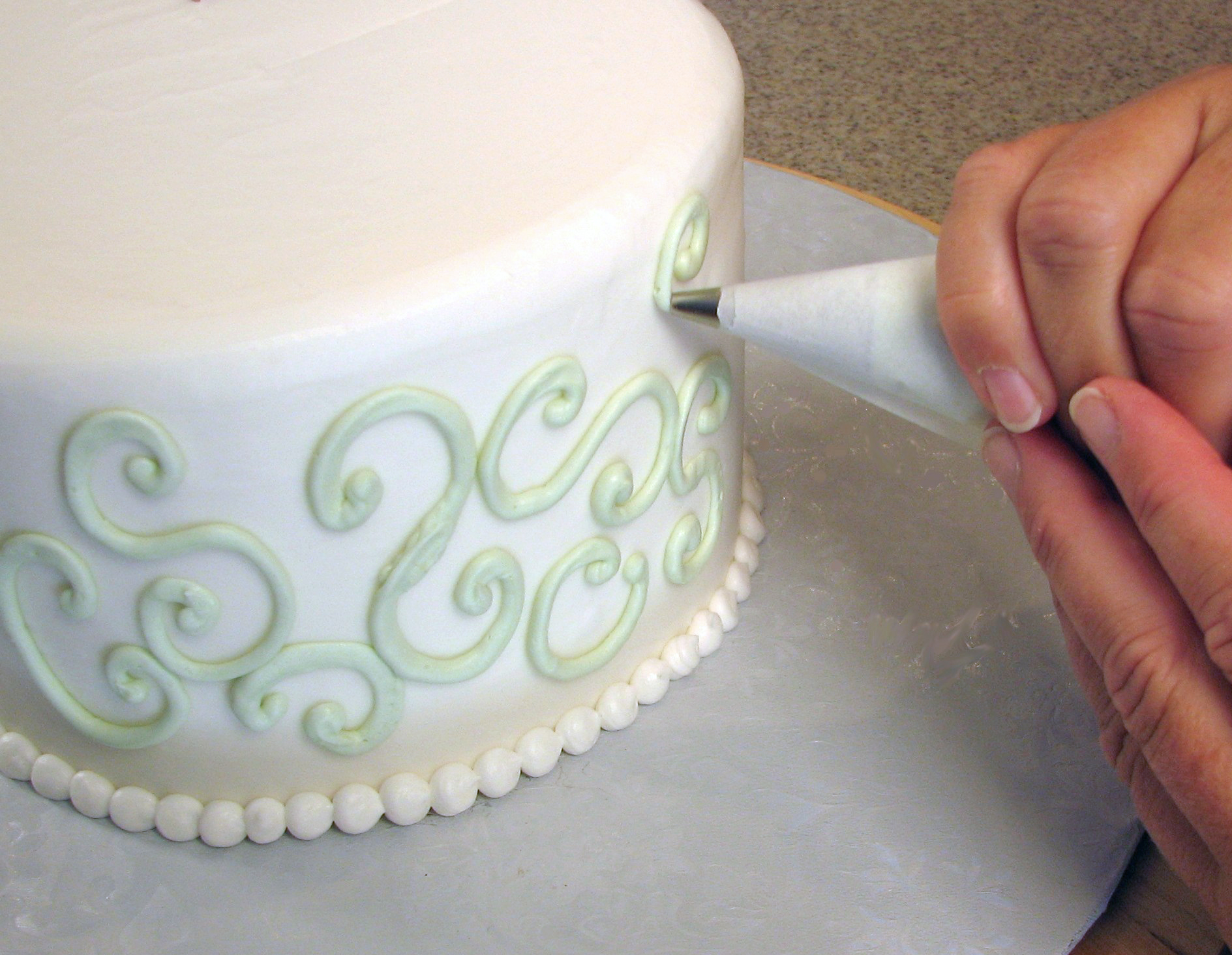 Cake maker Jack Phillips says he has a right to refuse the business of a particular customer whose fundamental intention is not to purchase a decorated cake but to use the transaction to force acceptance of homosexual “marriage.” On religious grounds, he doesn’t approve of “gay marriage” and his refusal to build a fancy cake for a homosexual duo supposedly violates a portion of the U.S. Constitution banning discrimination. I searched but I couldn’t find the particular part of the Constitution on which this case is built. Legal beagles claim it’s discrimination, and that’s something terribly bad. Half a century ago, discrimination was so highly regarded that the Herbert-Tareyton cigarette company advertised its product as “the cigarette for discriminating people.” And a common assessment of the esteem accorded discrimination back then insisted that the only people who don’t discriminate “are prostitutes and fools.”

Sadly, commonly held attitudes of 50 years ago have been pushed aside in the rush to overturn cultural, religious, and even economic mores. Some would claim this development to be “progress.” But that’s another word whose meaning has been turned upside down.

Shouldn’t Jack Phillips have a right to refuse the business of someone who walks into his store and intends, not so much to buy a cake, but to have the planned transaction force acceptance of something abhorred by Phillips and many others? Why does Phillips have to provide an approved reason for saying “No” to a potential customer he knows has an agenda that far exceeds buying a cake? Isn’t his business his property, his “castle,” a place where his right to refuse entry to someone is supposed to be sacrosanct?

A deeper look into this matter shows that the homosexual couple seeking a cake from Phillips planned to have it at their ceremony in New York, not in Colorado. They obviously chose to challenge the Lakewood, Colorado, baker’s distaste for gay marriage. So, the issue isn’t really one of mere refusal to do business with someone. It’s about forcing acceptance of homosexual marriage. By definition, marriage has always been the union of one man and one woman. Homosexual marriage is no more a “marriage” than labeling something water when it isn’t a combination of hydrogen and oxygen.

It’s no surprise to find a spokesman for the ACLU’s Lesbian, Gay, Bi-sexual and Transgender (LGBT) division taking the side of the supposedly aggrieved cake customers. James Essex of the ACLU claims: “You have freedom to believe and to preach your faith until your actions harm other people.” Does refusal to cooperate with the demands of homosexuals amount to harm? If so, what about possible harm done to a baker who refuses to participate, even in a slight way, in a practice he considers reprehensible, even sinful? Also, what about harming the moral character of this nation?

The Supreme Court will hear Masterpiece Cakeshop v. Colorado Civil Rights Commission in the fall. The case progressed from rulings at lower levels favoring the claims of the two men who insist that they are victims of unjust discrimination. Phillips’s attorney David Cortman rightly states, “Every American should be free to choose which art they will create and which art they won’t create without fear of being unjustly punished by the government.”

That makes sense, of course. But good sense doesn’t always prevail, especially when so much more than discrimination is at stake. The high court’s willingness to rule in this case about cake signals that there are far more important matters at stake.

Mr. McManus served in the U.S. Marine Corps in the late 1950s and joined the staff of The John Birch Society in August 1966. He has served various roles for the organization including Field Coordinator, Director of Public Affairs, and President. Mr. McManus has appeared on hundreds of radio and television programs and is also author of a number of educational DVDs and books. Now President Emeritus, he continues his involvement with the Society through public speaking and writing for this blog, the JBS Bulletin, and The New American

Any mention of persecuting Christians spurs thoughts of the crimes of Nero or Diocletian or one of the other Roman emperors. In portions of today’s world, murdering or persecuting those who won’t budge from their religious beliefs has again become common.

In the early years of the 20th century, Christians made up 14 percent of what is generally referred to as the Middle East. Today, they number only four percent. There were 1.5 million Christians in Iraq in 2003, mostly Catholics. Today, more than a million have either fled or been killed. Even in Israel where Christ lived and died, the number has shrunk dramatically. In Egypt, Coptic Christians who formerly were left alone to enjoy freedom are being targeted. They live uneasily under the new government and the rise of Muslim Brotherhood power. Elsewhere, non-Christian Yazidis have been brutalized for their beliefs. 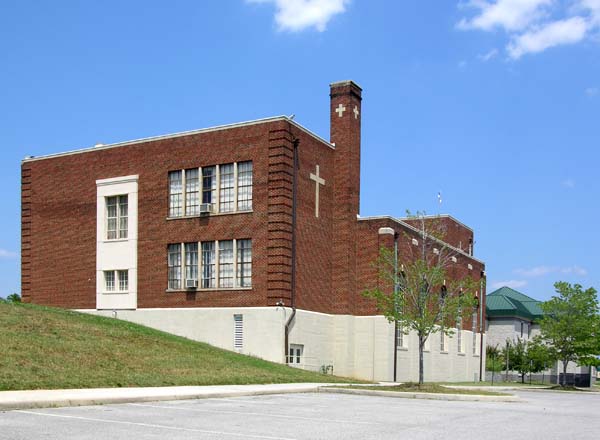 What about America? Christians themselves aren’t being physically abused but their beliefs are under attack. In a Boston suburb, a man applied for a job at Catholic Fontbonne Academy. During a July interview, he matter-of-factly responded affirmatively to the requirement that all school employees were expected to be “ministers of the mission.” The mission, of course, was to uphold Catholic values and beliefs. Having assented to that rule and other requirements, he was given the job.

Later that same day, this man listed his “husband” as an emergency contact. Within days, he was told that he could not be hired because his relationship with a male partner was incompatible with Catholic beliefs and principles. With lawyers supplied by the Gay and Lesbian Advocates and Defenders, he sued Fontbonne claiming that he was being denied the job because of his sexual orientation and had suffered harm as a result.

The case went to court and Superior Court Associate Justice Douglas Wilkins ruled that the school violated a Massachusetts anti-discrimination law. Judge Wilkins stated that the school was not exempt from the law because it was a religious institution, and that it had no constitutional protections regarding the matter.

The Catholic Action League of Massachusetts protested on the basis of religious liberty found in the U.S. Constitution’s First Amendment. Even more, the League pointed to the Massachusetts Constitution that guarantees not only freedom to worship as one chooses, but also affirms the right of religious institutions to govern their internal affairs free of state interference.

Catholic Action League Director C. J. Doyle noted that Supreme Court Justice Clarence Thomas had stated in his dissent in the Obergefell decision that the high court’s approval of same gender marriage would have “potentially ruinous consequences for religious liberty.” Doyle also pointed to the “charade-like character” of the religious exemption to the Massachusetts gay rights law. An appeal is expected.

Forcing a Catholic institution in America to hire a man who admits to holding views that openly mock Catholic principles is certainly not the equivalent of what has transpired for Christians in Roman times or in today’s Middle East. But Catholics can wonder if their rights and those of others will be further eroded in the coming days and years. Will the nearly insane political correctness already sweeping through America lead to physical violence? Or will America turn back to the sanity and good will that marked the nation a mere 50 years ago? Time will tell.

Are you receiving our free weekly e-newsletter? Keep up with our latest news by signing up at our Facebook page.