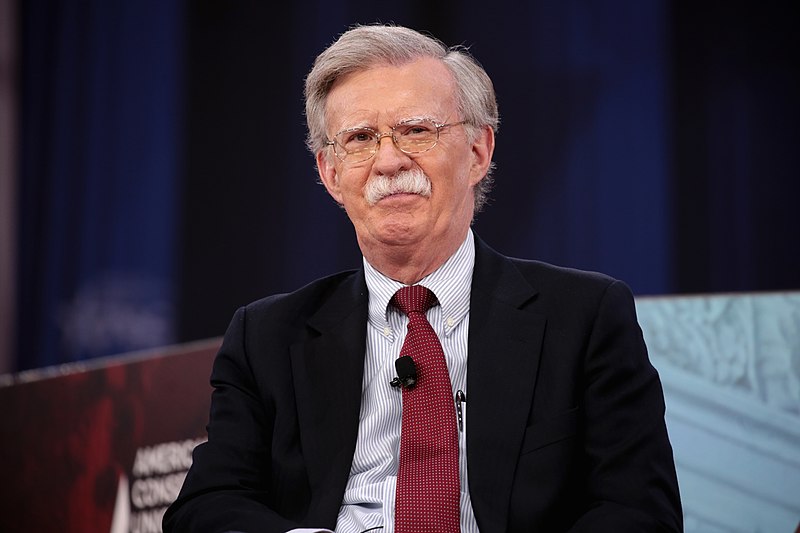 The George H. W. Bush administration (1989-1993) included foreign policy hawks Dick Cheney, Donald Rumsfeld, Paul Wolfowitz, John Bolton, and others. These men arranged the 1991 “Desert Storm” attack on Iraq, that half-forgotten UN-authorized campaign that lasted only a few weeks. Saddam Hussein’s forces were ousted from Kuwait while Mr. Bush was proclaiming the emergence of a “new world order” and a “reinvigorated United Nations.” No sooner had this operation ended than these same men were laying plans for a second war against Iraq. But Bill Clinton got in the way by besting Bush in the 1992 election. The men who wanted more war had to exit their government posts.

Four years later in 1997, these same individuals helped to form the Project For the New American Century (PNAC). Its stated purposes included 1) increased defense spending to carry out “global responsibilities,” 2) forming alliances to “challenge regimes hostile to our interests,” and 3) recognition of our nation’s “unique role in preserving and extending international order.” Summed up, PNAC called for the U.S. to be the world’s policeman and to become leader of a new American empire in cooperation with the United Nations. No longer in office, however, these world planners and 20 of their colleagues at PNAC actually sent letters to President Clinton and House Speaker Gingrich urging another full-scale attack on Iraq. Clinton didn’t bite and neither did Gingrich.

But when George W. Bush moved into the White House in 2001, he brought many of the PNAC’s war-mongers back into power. Led by Cheney and Rumsfeld now Vice President and Secretary of Defense, the PNAC’s empire builders actually called for another foray into Iraq before the September 11, 2001 terrorist attack. They soon got their wish for further war, not only in Iraq but also in Afghanistan.

Leading neonconservative William Kristol of The Weekly Standard moved in to become the top dog at PNAC and soon abolished it in favor of a new organization, the Foreign Policy Initiative (FPI) which he now leads. FPI simply repeated all of what PNAC had stood for. Which brings us to the newest open champion of neonconservative goals.

During his speech at the March 2014 CPAC convention, Senator Marco Rubio (R-Fla.) warned about threats from the world’s major totalitarian regimes. He pointed to China’s moves to control Pacific sea lanes, North Korea’s potential to detonate a nuclear bomb over California, Iran’s ability to nuke Israel and the U.S. east coast, and Russia’s moves in Ukraine. What to do about these rogue nations and their leaders? Rubio laid it out straight in unambiguous terms. He insisted, “There is only one nation on earth capable of rallying the free people on earth to stand up to totalitarians. The United Nations can’t do this. In fact, they can’t do anything…. Without American engagement, the world I just described to you is not just a possibility; it is a real probability.”

Chalk up one more advocate of neoconservatism’s call for worldwide involvement by the United States, even advocacy of war. Because of his speech, Rubio remarkably improved his stature within the Establishment and the FPI. It remains to be seen whether his stock amongst grassroots Republicans will grow or decline.

Read more about neoconservatives in The New American‘s article, Neocon Control (not affiliated with the Project For the New American Century (PNAC)).