One of the unique features of the country known as the United States of America is its Declaration of Independence. And perhaps the most singular of the numerous important affirmations contained therein is acknowledgement of a “Creator.” No qualification is given. The men who wrote and signed the document believed in the Almighty who created “all men.” In their day, of course, the meaning of “men” referred to all persons, male and female. 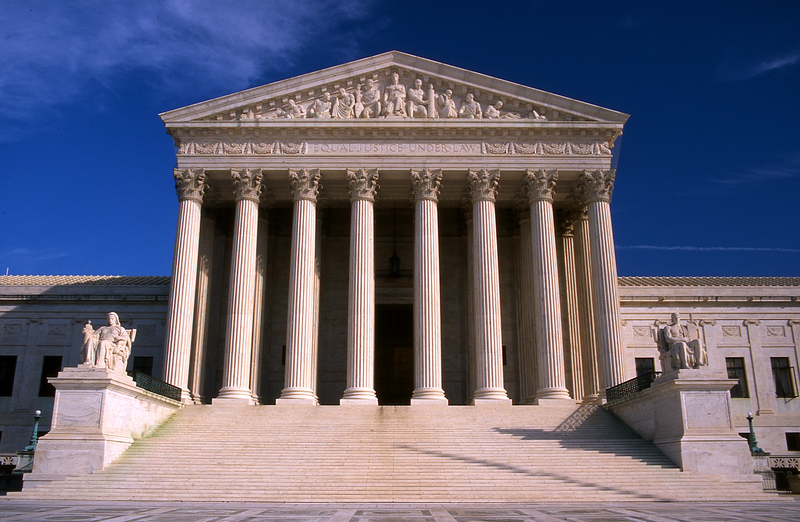 Belief in a Creator presupposes adhering to those standards of conduct He presents. One of these is the definition of marriage given in Genesis. After recounting the creation of woman from a rib of man, the Creator’s holy book tells us, “Wherefore a man shall leave father and mother and shall cling to his wife and they shall be two in one flesh.” In simple terms, the institution known as marriage is a union between one man and one woman. Without doubt, this is what America’s Founders believed.

History recounts numerous attempts to overcome this sacred relationship. In their 1848 Communist Manifesto, Marx and Engels attacked bourgeois marriage as a hurdle standing in their path to tyranny. Decades earlier, along with their intention to deify sensuality, the 1776 Bavarian Illuminati, from whom Marx and Engels obtained much of their designs, formally advocated repudiation of marriage. Totalitarian libertines throughout history have likewise attacked the very concept of marriage because it has always stood as a bedrock of human civilization blocking their way to totalitarian rule.

An American who might have fallen asleep 60 or so years ago and then awakened today would, without doubt, be shocked to learn that more than half of our nation’s state governments have redefined marriage to include a union between two persons of the same sex. And the Supreme Court has agreed to render its opinion on the matter. A proper decision would state without equivocation that the “Creator” of all has already defined marriage, and it cannot be changed. The definition given us by our Maker is that marriage is the union only between an Adam and an Eve not between some Adam and some Steve.

Speaking before the “Women of the World” gathering at the United Nations early in 2015, putative presidential candidate Hillary Clinton stated that “deep-seated cultural codes, religious beliefs and structural biases have to be changed.” Many same-sex-marriage enthusiasts, including New York Times columnist Frank Bruni who is a proud homosexual, have seconded her attitude. Sadly, these two cultural and religious revolutionaries are hardly alone.

If not blocked, the route being travelled by a growing number will lead to further attacks on the family, eventual state takeover of children, and more. Yet, there remains a huge majority of the American people who don’t agree with a redefinition of marriage and hold strongly to the “cultural codes” and “religious beliefs” openly decried by Mrs. Clinton. Questions remain: Will this still-existing majority gather itself and return the nation to sanity? Or will this shrinking majority collapse, as have others throughout history while they watched in horror the ushering in of a formally established Godless tyranny?

The history of mankind is the history of struggles to be free. Freedom to speak, publish, worship, assemble, and more are the rights most Americans take for granted. But these are the very freedoms most of the world’s population, even today, do not enjoy. How it is that we, in America, do benefit from such freedoms? The answer is very clear, although it is something that surprisingly few Americans currently understand.

It would be hard for me to provide a number for the many times I personally have spoken of the “thunderous assertion” in the Declaration of Independence, our nation’s birth certificate. Again and again, I have referred to the portion very near the part stating as a “self-evident” truth that “Men … are endowed by their Creator with certain unalienable rights.”

I have always insisted everyone should stop right there because that short excerpt is more fundamentally a part of America’s identity as can be found anywhere. Rights come from God, not from government. And they don’t come from a monarch or some other source. It follows that, if God grants rights, no one but God can take them away. On this was built the whole system of government in the “land of the free and home of the brave.” Take it away and be prepared for some form of tyranny.

CNN anchor Chris Cuomo either never learned this basic truth or he has deliberately cast it aside. On February 13th, during an on-air verbal sparring match over same-sex marriage with Alabama Supreme Court Justice Roy Moore, the judge calmly stated, “Our rights, contained in the Bill of Rights, do not come from the Constitution. They come from God. That’s clearly stated in the Declaration of Independence.”

Cuomo, an attorney, abruptly interrupted Justice Moore and argued, “Our rights do not come from God…. That’s your faith. … They come from man…. Our laws come from collective agreement and compromise.” There could hardly be a sharper difference between Judge Moore’s reality and Chris Cuomo’s myth. The problem is that myth has risen steadily in the U.S. and it now virtually dominates the thinking of a huge segment of the American people.

Shame on Chris Cuomo! We’ll give him the benefit of the doubt and assume that he never learned the basic underpinning of our nation in the first place. Evidently, he wasn’t taught it by any of his teachers or by his father (former NY governor) and older brother (current NY governor). Nowhere in Chris Cuomo’s schooling did this monumentally important, and self-evident, truth get to him.

Sadly, CNN’s Cuomo is not alone. Because of Supreme Court rulings outlawing any semblance of religious instruction in schools and elsewhere, the most important passage in the Declaration of Independence isn’t being taught. Religious ideas are banned because of the “separation of church and state” portion of the Constitution which, amazingly, no one can find in that document. But it’s not partisan religious belief that resulted in the Declaration of Independence; it’s common sense. Our nation is being taken away from its remarkable roots in many ways. But losing the truth that rights are granted by God and, therefore, no one but He has power to cancel or suspend them amounts to banning the core of Americanism’s greatness.

Maybe we can thank Chris Cuomo for displaying deficient understanding of his country’s roots. As a result of his ignorance, many Americans have been reminded of this seminally important bit of American history. Let’s hope they never forget it.