Details about the June 4, 1989, crackdown on student protesters in Beijing’s Tiananmen Square remain hidden. The massacre, overshadowed to a degree by the televised confrontation of a single man facing a row of tanks, is nevertheless still commemorated throughout China. In semi-autonomous Hong Kong (the former British colony transferred to Mainland China in 1997), the date of June 4 has become an occasion for annual protests of tens of thousands.

Image from flickr by David Holt, some rights reserved.

The Chinese Communist government has never published the number of the pro-democracy victims of its bloody clampdown 28 years ago. Estimates place the number killed somewhere around many thousands. These were idealistic students who met death at the hands of soldiers sent to cancel the peaceful demonstration. Government mention of what happened at Tiananmen Square admits only to “turmoil” created by the demonstrators.

The million who gathered in Tiananmen Square in 1989 weren’t the only Chinese protesting their government’s dictatorial rule. Demonstrators had gathered in scores (some say hundreds) of cities throughout China. In Shanghai, whose population exceeds Beijing’s, demonstrations grew even larger after news of the 1989 killings in Beijing had spread. Suppression of the protesters there did not face the bloody put-down occurring at the nation’s capital city.

Over many years, Tiananmen Square has been the scene of other noteworthy events. A 1919 student protest in “the heart of the Middle Kingdom” is a fairly well remembered bit of history. Even more widely known is the choice of the Square by Mao Tse Tung to proclaim the People’s Republic in 1949. Since then, the Square has been the site of parades featuring troops with their weapons and an assortment of military vehicles.

This year, a small bottle of liquor carrying the date 6/4/89 became a symbol for millions who want China to be a country where free speech and other basic rights are the norm. One bottle of the symbolically labeled liquor made its way throughout China and ended up in Hong Kong where it will likely be added to other reminders of the 1989 carnage.

Unwilling to let even small protests go unpunished, Chinese authorities have arrested four men in Chengdu for their role in producing and labeling the small bottles of liquor. The four have already been accused of “inciting subversion of state power.” A court decree ruling against them claimed that they were “dissatisfied with our country’s socialist system.” The court got that right.

The New York Times recently contacted parents of two victims of the 1989 Tiananmen crackdown. Recalling his son’s death and the annual commemoration of the blood-drenched incident, Xiao Zongyou, a resident of Chengdu, said of his wife and himself,  “If remembering June 4 is a crime, then the Chengdu Public Security Bureau should arrest us. Like my son, I want this country to get better.”

But freedom isn’t getting better in China. Free speech is prohibited and subject to monitoring by two million government censors most of whom diligently monitor the Internet. Attempts to obtain detailed information about what occurred at Tiananmen Square in 1989 by entering the word “Tiananmen” on a computer produces nothing. That word and others used to commemorate what happened 28 years ago have been erased.

China remains a totalitarian state ruled by the descendants of Mao Tse Tung. A hero to Communist Chinese, Mao and his Communist horde made it into the Guinness Book of Records as history’s greatest mass murderers. During recent years with vital help from the U.S., China has emerged as an economic powerhouse making and exporting millions of products for the West. But basic freedoms to speak, write, publish, practice religion, etc., are barred. And China’s leaders have never renounced their intention to defeat the United States. Credit Henry Kissinger, Richard Nixon, Jimmy Carter, and a lengthy parade of others for helping to empower one of America’s greatest enemies.

While understanding what those in China have to go through, Americans must realize that they still can prevent this extreme government overreach in the U.S. Join with the organization at the forefront of this battle, The John Birch Society.

Prosecute the Nazis, But What About Communist Criminals?

Prosecute the Nazis, But What About Communist Criminals?
by JBS President John F. McManus

During the years 1942 to 1944, Oskar Groning served the Nazi regime at Auschwitz, the most notorious of Hitler’s numerous death camps. Assigned the task of seizing valuables from arriving prisoners, he did his job well. At age 94, however, Groning was convicted of “complicity” in the subsequent deaths of those prisoners, all of whom were themselves guilty of no crime whatsoever. 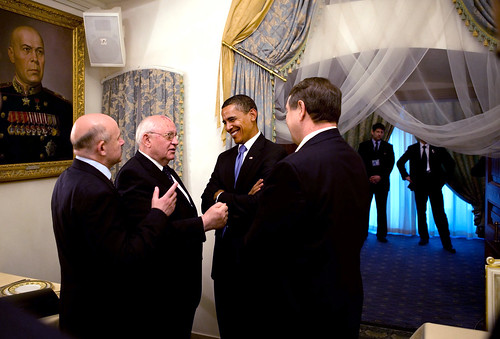 Groning never killed anyone. But his willingness to serve alongside those who did the killing was enough to bring him to justice. During his trial, he acknowledged the role he played at the Nazi camp and said, “I am truly sorry.” Sentenced to four years in prison, he will likely pass into eternity before serving those years.

The process of rounding up and punishing ex-Nazis who in any way and at any rank served at a Nazi death camp has been meticulously thorough. But it will soon end because most who served during World War II are now deceased, and death will soon have claimed all.

The crimes committed by the Nazi regime were real, painful, and a stain against humanity. Unfortunately, the Nazis were not the only terror regime that killed millions. Similar or worse atrocities were carried out by various Communist regimes. The lives of tens of millions were snuffed out in Communist China, Communist Soviet Union, and numerous Soviet satellite nations. However, none of the criminals who murdered these millions has faced trial and prosecution.

Instead, men such as Russia’s former leader Mikhail Gorbachev have been feted in the West, particularly in the United States. Gorbachev spent all of his adult life climbing into powerful leadership positions while government-created gulags were filled and millions were murdered. He is guilty of far worse crimes than many who served as minor functionaries in Nazi prison camps. The same can be said of Communist China’s leaders and those who presided over the many Soviet satellite nations. Each of those arch criminals maintained power through implementation of policies that resulted in indiscriminate terror and widespread murder for Poles, Estonians, Hungarian, East Germans, and those who lived in a dozen more captive nations. In each of those unhappy lands, Soviet-style horror reigned for decades after the defeat of Nazi Germany.

The treatment accorded Oskar Groning and others like him is the polar opposite of what Communist murderers receive. Why? Part of the reason has to be that the Nazis lost their war and the Communists were never defeated. Instead, Russian and Chinese Communist “dignitaries” everyone knows to have been complicit in mass murder are now considered political equals who must be treated with respect, and even honored. At the very least, they should be shunned. But incredibly deficient leadership of our own nation has America begging the Chinese for loans and negotiating with Russia’s criminals as if they were totally innocent of any past crimes.

“Crime unpunished is crime rewarded,” contends a seemingly forgotten maxim. But history indicates that if crime remains unpunished or at least isn’t honored, it will occur again. Ignoring arch criminals is an intellectual crime, and many of today’s leaders are surely guilty of exactly that depravity.