Anastasia Lin is a Canadian by choice though Chinese by birth. After relocating to Canada as a teen, she has been the entrant for her adopted country in the annual Miss World contest during recent years. Her outspoken criticism of China’s human rights abuses has drawn sharp criticism from Chinese sponsors of the pageant and from the Chinese government, both of whom have sought to silence her. But the campaign to keep her quiet has made her more famous for being silenced than for being pretty. 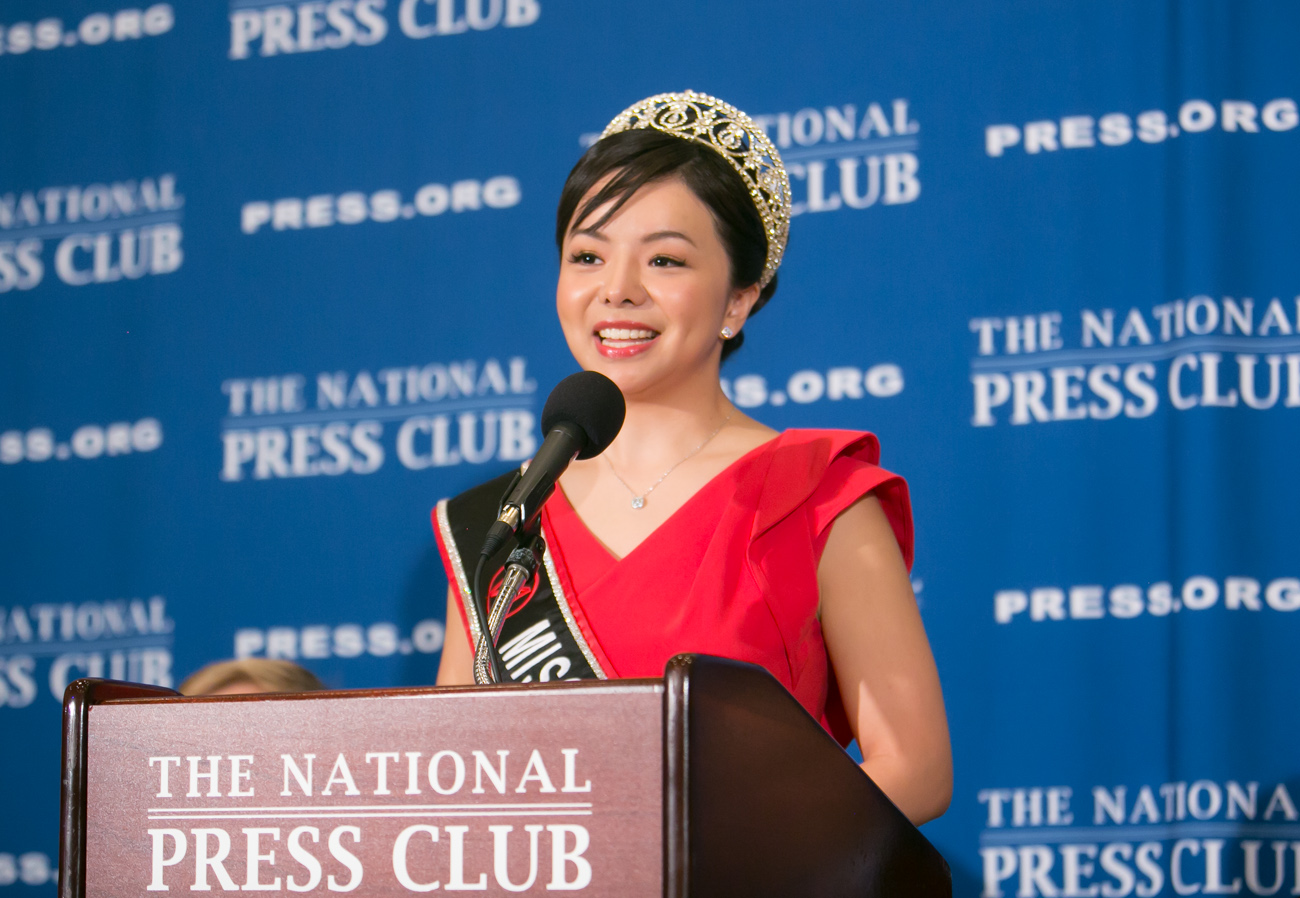 As Canada’s entrant to the pageant in 2015, she was prevented from attending the event held in the Chinese city of Sanya. But she continued to speak out about abuses, especially the harvesting of vital organs taken from Chinese critics of the Beijing regime. Noting that China doesn’t have a voluntary transplant program, she rightly concludes that “someone has to die. It’s not like the organs grow on plants.” She considers the Chinese process an exercise in Barbarism.

An actress and classical pianist, she also starred in a movie that dramatizes the grizzly transplant practice. Also a member of China’s semi-religious Falun Gong movement, she knows Chinese officials consider it “an evil cult” and has banned it. So her backing of that sect has additionally angered the Communist government. In 2015, Miss Lin sought to travel to Sanya to take her place in the competition, but she got as far as Hong Kong and was denied entry into the mainland.

The Miss World pageant has often been held in China. Though owned and managed by a British company, it receives financial backing from several Chinese companies. The 2016 event was held in a Washington D.C. suburb over this last weekend. Originally informed that she must keep quiet about her concerns, even within the United States, she has evidently been given a green light to speak to reporters and to publicize the film in which she stars.

But Miss Lin’s father, who is still living in China where he owns a medical supply company, is a new target of the Chinese authorities. Harassed by the government, he has lost numerous customers and faces bankruptcy. The Chinese government also refused him permission to travel to Washington to witness the 2016 pageant.

Miss Lin has asked, “Why is a powerful country like China so afraid of a beauty queen?“ Now able to speak freely to reporters, she comments: “Despite 60 years of censorship, [the Chinese] people don’t believe everything they hear on the news.” After appearing in the pageant, she told the Toronto Star, “My one goal was not the tiara. I just wanted to be on Chinese television … If they can see me on stage, they will know (I have not given up), so neither should they.”