Who Are Trump Supporters?

New Yorker Magazine is hardly a bastion of right-wing politics. Instead, it can usually be found promoting causes championed by liberals, left-wingers, and elitists. Its veteran political writer went to several Trump rallies to find out for himself what motivates anyone to support the New York City mogul. 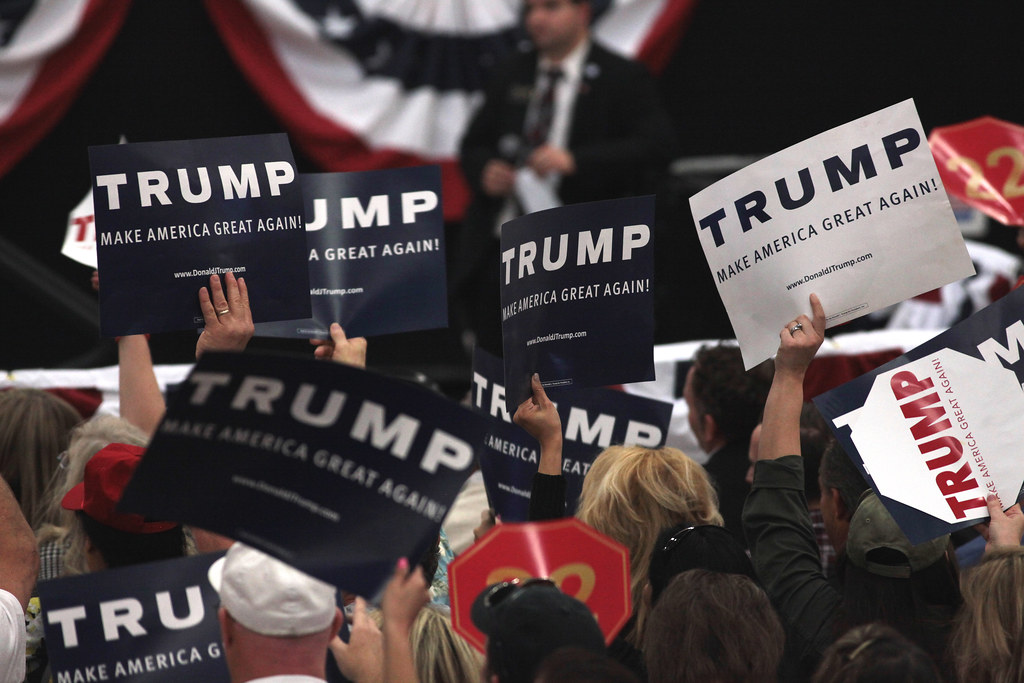 Before reading the New Yorker article, I received a report claiming that it provided more than two dozen reasons why some people like Donald Trump and want him for president. But then I read the article and found it to be anything but a pro-Trump piece. It does mention a few reasons why some Americans stand firmly in the Trump camp. But a politically on-the-fence American who reads it would likely be driven away from supporting Trump. He might end up voting for Trump’s opponent or decide not to vote at all.

The report I received – not the article itself– stated that Trump supporters “have had it with” an array of anti-Establishment politicians and policies. There’s nothing sensationally new about that. Its list of reasons is impressive, and they smack of accuracy. It says “Trumpies” are rebelling against anyone named Bush or Clinton, and against political correctness, illegal immigration, welfare waste and fraud, ObamaCare, Federal Reserve money-printing schemes, Barack Obama’s golf, Holiday – not Christmas – trees, global warming nonsense, gun confiscation threats, cop killers, stagnant wages, boys in the girls bathrooms, and more. My own survey assures me that all of that is a correct reading of any Trump supporter.

However, George Saunders who wrote the lengthy piece in New Yorker can hardly be described as an admirer of either Trump or the many Trump supporters he encountered and interviewed as he traveled across the country. On the other hand, the writer of the report (no name was provided) went far overboard in attributing any sort of pro-Trumpism to what Saunders provided.

With more than two months still remaining before Americans vote for the next president, plenty can happen to sway the yet undecided, maybe even move some from one camp to the other. We hope all will base their decision on facts, not on hit pieces or wild characterizations of any candidate.

The two articles mentioned above did agree in one main point. It is that most Americans are tired of promises not being kept by Democrats or Republicans, of changes in the nation’s culture and moral standards, of being given half-truths and lies when honesty remains the best policy, and of sensing that the country is being changed – not for the better but for the betterment of an arrogant well-entrenched few.

But another lesson reinforced from reading the magazine article and the ensuing report convinces me that checking the original is far and away the wiser course. Relying on someone’s view of something may take you far from what it really said.

Media Takes a Beating during the Colorado Debate

After a presidential candidate debate, everyone has an opportunity to name winners and losers. We’ll get to that shortly. But first, let’s name the biggest loser in the October 28 contest – the nation’s mainstream media that took a sound thrashing from several of the participants.

Texas Senator Ted Cruz identified the big loser early in the two-hour circus when he ignored a question about the debt limit and, instead, expressed his contempt for the entire mainstream media. He first aimed his oratorical weapons at the panel before him: “The questions that have been asked so far in this debate illustrate why the American people don’t trust the media.” The audience applauded enthusiastically.

Cruz continued: “Look at what is being asked. ‘Donald Trump, are you a comic book villain? Ben Carson, can you do math? John Kasich, will you insult two people over here? Marco Rubio, why don’t you resign [your Senate seat]? Jeb Bush, why have your numbers fallen?’” Now the audience was cheering. Cruz added that none of the mediators, all of whom he obviously believes are left-leaning Democrats, would be able to vote in a GOP primary. More agreement from the Colorado throng!

Later, Florida Senator Marco Rubio continued the attack begun by Cruz when he referred to the mainstream media as “the Democrat’s Super Pac.” Given his chance, New Jersey Governor Chris Christie lambasted the CNBC panel for ignoring substantive issues facing the nation and asking the panel about whether the federal government should regulate fantasy football. Angrily, he shouted, “We have a $19 trillion debt; we have people out of work; we have ISIS and Al Qaeda attacking us; and we’re talking about fantasy football???” That won him a burst of appreciation from the attendees and, likely, from the TV audience. Both Rubio and Christie should move up in the polling.

Already lagging as a result of several dull performances, former Florida Governor Jeb Bush thought he could gain some momentum by attacking fellow Floridian Marco Rubio for missing Senate votes. It didn’t work. Rubio capably defended himself and the lackluster Bush has to be considered one of the big losers in the debate. Other losers, or at very least non-winners, include Ohio Governor John Kasich who droned on monotonously about his home state’s record, Kentucky Senator Rand Paul who seemed tired of the process but did assert that new House Speaker Paul Ryan wouldn’t change anything, and former Arkansas Governor Mike Huckabee who stated that he had defeated the Clinton machine several times in Arkansas and could do so again against Hillary Clinton.

Participants who neither won nor lost included real estate mogul Donald Trump and retired neurosurgeon Ben Carson, both leaders in the latest polls. Trump attacked Super Pacs and gun-free zones. Carson repeated his contempt for political correctness and government subsidies. Former Hewlett Packard CEO Carly Fiorina suggested scrapping the massive tax code and issuing a three-page document that every taxpayer could read and understand. That won’t win her any support from lawyers and accountants. She ended her comments with a vain hope to debate Hillary Clinton.

Clear winners this time were Rubio, Cruz, and Christie. Mention should also be made of the four second-tier candidates who participated in a non-televised early evening debate: George Pataki, Bobby Jindal, Rick Santorum, and Lindsey Graham.

The next debate, likely without a few who ought to drop out, will be held in mid-November. In the meantime, expect some media personalities to defend themselves and their profession.