← Withdraw Completely from UNESCO
Trump Vs. A Media “Rock Star” →

Will the Afghan War Ever End?

Will the Afghan War Ever End?
by JBS President Emeritus John F. McManus

From the mid-14th century until the middle of the 15th century, British and French forces fought what has always been termed the “Hundred Years War.” That struggle actually lasted 116 years. Which means that the U.S.-led coalition fighting in Afghanistan must continue fighting for one hundred more years to exceed the duration of the famous British-French encounter. It almost seems like the two sides are trying. 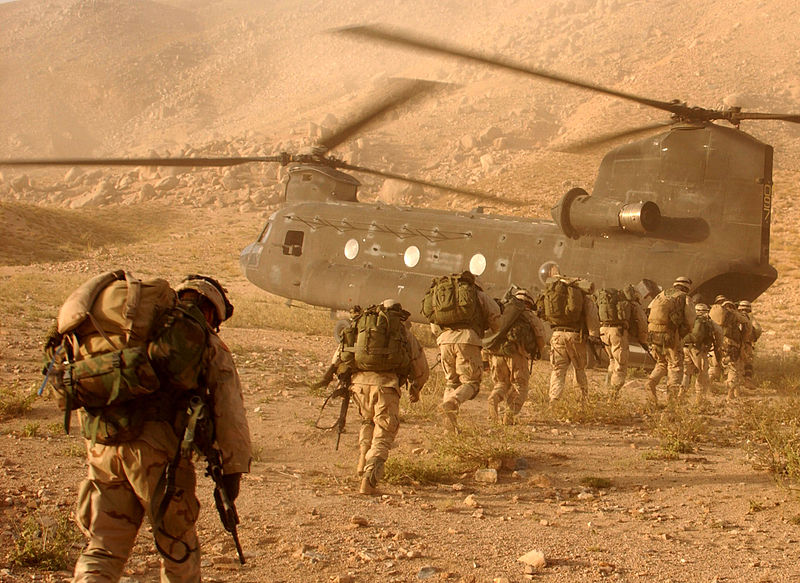 Already the scene of over 2,400 American dead, the on-going war in Afghanistan began shortly after the September 11, 2001, attacks carried out by four hijacked airplanes. Initially, the goal sought to take on Al Qaeda for its role in the enormous 9/11 murder and destruction. This meant breaking up the Taliban, the militant Islamic forces that had seized control of portions of the country and were suspected of sheltering Al Qaeda and its leader, Osama bin Laden. But the Taliban proved to be a tougher foe than expected and defeating it has been unachievable to date. Instead, this supposedly weaker brand of Islamic militancy has grown stronger. And finding bin Laden turned out to be impossible. (He was later discovered in Pakistan where daring American raiders killed him.)

Taliban forces have been using weapons given to them to oppose Russian invaders who stormed into their country in 1979. After ten years, the Russians gave up and went home. The guns and ammunition still in Taliban hands have then been employed to fight Americans.

Military leaders soon adopted a new and completely different strategy involving an effort to rebuild the war-torn country. Other nearby nations – Russia, Pakistan, India, even Iran – had their own designs which were not always similar to what the U.S. forces were told was their mission. When those conflicting goals were added to ethnic domestic combativeness, the turf-protecting warlords, and the ineffectiveness of the nation’s political leaders, the effort began to appear unsolvable. And that was only a few years after the first U.S. forces arrived in the land-locked nation.

U.S. forces then found themselves assigned to destroy the country’s lucrative opium production along with training local forces, all the while combating crooks and incompetents posing as Afghan leaders. Many of the trainees turned out to be enemies within their ranks. An American soldier would spend days, maybe weeks, teaching an Afghani how to be a good soldier only to have the newly trained individual turn his gun on the man who taught him how to use it.

Along the way, NATO assumed supreme command of the operation. Without doubt, many of the coalition forces have no idea that NATO, a UN subsidiary led by a European politician, is calling the shots. U.S. Defense Secretary James Mattis has recently aired a new strategy that will take aim at Taliban sanctuaries. Doesn’t this mean that Taliban bases were previously untouchable? Is that any way to wage a war? A retired Marine Corps general, Mattis also seems to be violating a cardinal principle of warfare: Don’t let an enemy know your plans. Doing so destroys the element of surprise, always a key feature of warfare. But no more will the U.S. forces fight Taliban only after being attacked. And more forces will be added to those already in Afghanistan.

Will this new strategy lead to victory? Or will more years be added to the agonizingly victoryless campaign of the past 16 years? A hundred year war isn’t likely, but with the UN ultimately in charge and knowing that limited war serves the overall drive to create a world government, we should hardly be surprised if – new strategy or not – this war will continue for many more years.

One Comment on “Will the Afghan War Ever End?”