Allow Jeff Sessions To Do His Job

The Democrats in Congress have a new target – Attorney General Jeff Sessions. They didn’t want him as Attorney General, but he won Senate confirmation with a slim vote of 52-47. Senator Joe Manchin (D-W.Va.) provided the only Democrat vote as he joined with 51 Republicans to approve the former Alabama senator. 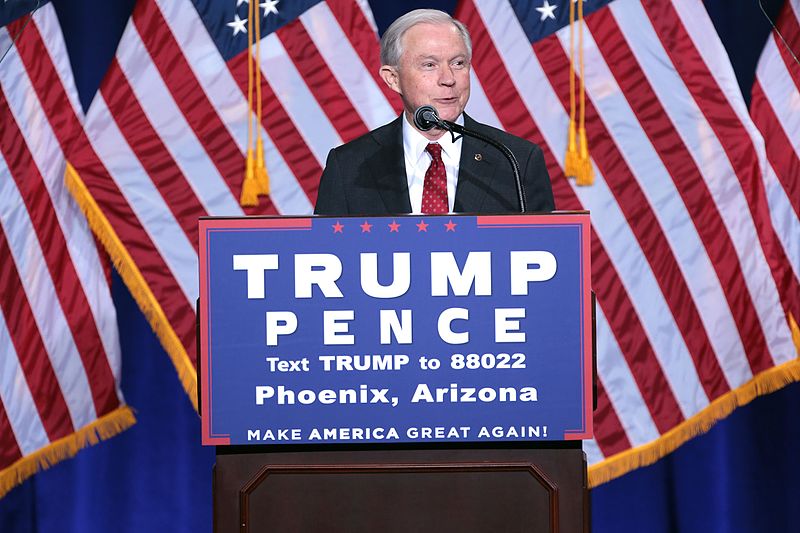 Almost immediately, other Democrats pounced on Sessions claiming that he lied during the confirmation hearings. Asked during the proceedings if he had any recent contact with Russian officials about the November election for President, he said he did not. Later, Democrats claimed that he twice met with Sergey Kislyak, Russia’s Ambassador to the United States. Sessions explained that he wasn’t trying to hide anything; he thought he was being asked about meetings with Russian officials to discuss the coming U.S. election.

The apparent Sessions falsehood turned out to be a lack of precision in his answer to Senator Al Franken’s question. But the steam from the Democrat-generated charges that Sessions lied, exploded to the degree that the Department of Justice will now determine if the Russians were trying to influence the November election, if Sessions played a part in such a scheme, and if he then lied about it.

After a few days, Attorney General Sessions recused himself from the coming inquiry. In effect, he told the senators who opposed his selection as Attorney General, “Go right ahead and investigate but your investigation will not find that I had anything to do with any Russian meddling in the election. If indeed there was any.”

Sessions is a good and truthful man. His claim that he misunderstood the question he was asked rings true. He said later, “I should have slowed down and said, ‘But I did meet one Russian official a couple of times. During the period under question.’” He claims the matters he discussed with Kislyak had nothing to do with the Trump-Clinton election.

Now let’s contrast what the Democrats and the media have sought to do to Sessions with the way Congress dealt with Obama-era Attorney General Eric Holder. Under his watch, the U.S. government conducted an operation known as “Fast and Furious” that supplied thousands of weapons to Mexican drug cartel criminals. The name “Fast and Furious” evolved when it was found that many of the Mexican recipients of the guns belonged to a motorcycle club with that name. Holder’s Justice Department initially labeled the operation “Project Gunrunner.”

The scheme arranged for the sale of weaponry in the U.S. to highly questionable individuals. U.S. officials knew that the guns would end up in the hands of drug dealers and murderers in Mexico. There was supposed to be some method of tracking the weapons and learning more about the operations of the Mexican drug cartels.

But two of the Fast and Furious guns led to the death of U.S. Border Patrol agent Brian Terry. Estimates place the number of Mexicans slain with those guns well into the hundreds. U.S. Immigration and Customs agent Jaime Zapata’s life was snuffed out with another of these weapons. More guns ended up in the hands of drug merchants in Honduras, Puerto Rico, and Colombia. Approximately 2,000 firearms (AK-47s, sniper rifles, and revolvers) were transferred and fewer than half have ever been recovered.

The entire scheme came to the attention of the press and some concerned government officials when whistleblowers within the Department of Justice bared details about the scheme. As far back as 2013, more than 130 members of Congress called for Holder’s resignation. Called before a Senate panel, Holder said he knew nothing about the program, but documents later showed he knew about it as far back as 2009. He lied to Congress, and there was an effort to charge him with criminal contempt of Congress.

Instead of offering his resignation, Holder went on the offensive and called for more gun control aimed at the American people and their rights. He is no longer Attorney General, and it seems likely that he will never be held accountable for Fast and Furious, for lying, and being cited for contempt of Congress.

In Congress, there are many who allowed Eric Holder to walk away unprosecuted but are now hounding Jeff Sessions. They should be reminded of their negligence regarding Holder and leave Sessions free to carry out his important responsibilities.

One Comment on “Allow Jeff Sessions To Do His Job”