Raising money when running for political office is important. But gaining support from a majority of voters in any election contest is more important. And spending lots of money doesn’t necessarily bring victory. 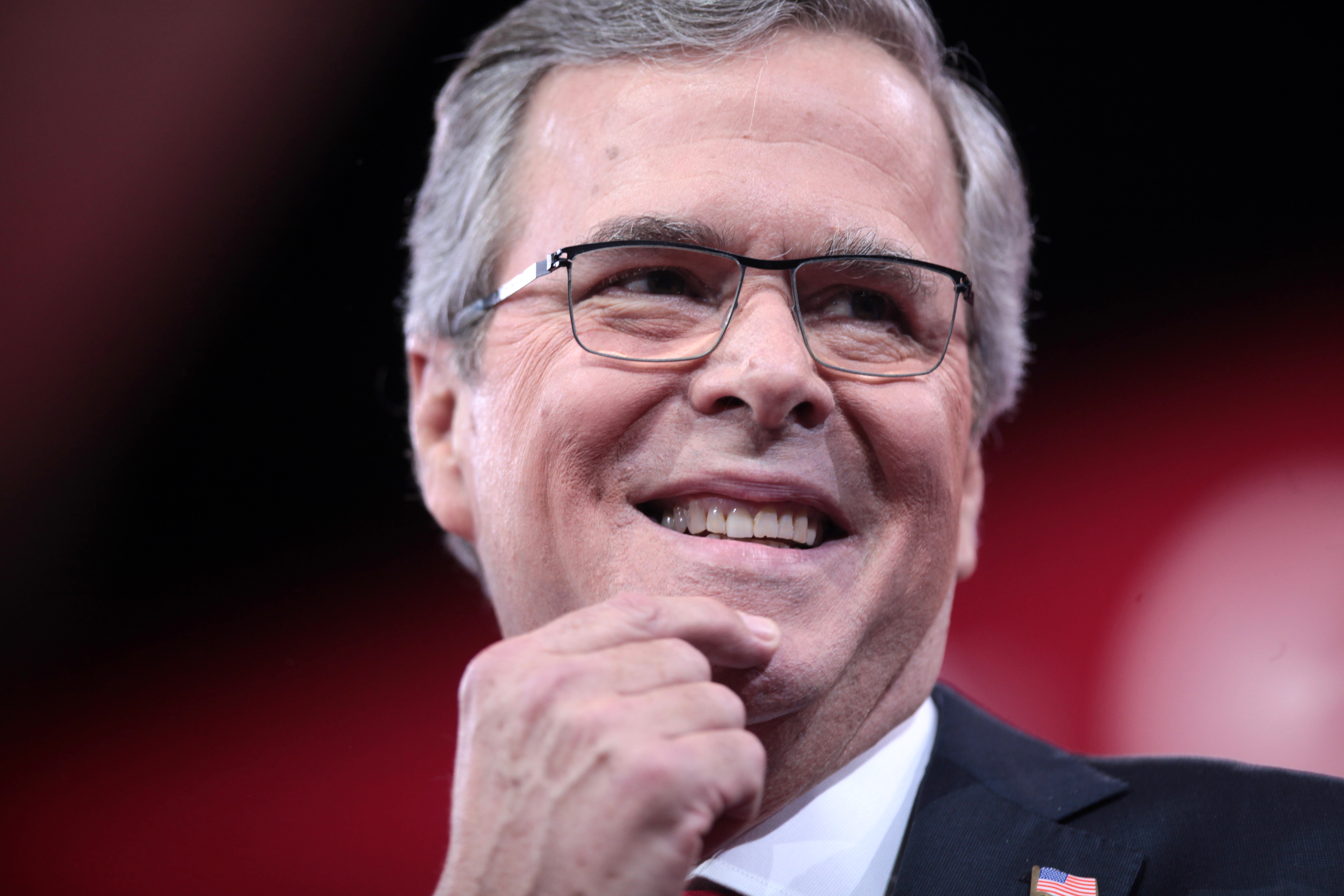 During the early months of the 2016 Republican contests for the GOP’s presidential nomination, former Florida Governor Jeb Bush spent far and away the most money of all the candidates. (Photo by Gage Skidmore from Peoria, AZ, United States of America (Jeb Bush) [CC BY-SA 2.0], via Wikimedia Commons).

During the early months of the 2016 Republican contests for the GOP’s presidential nomination, former Florida Governor Jeb Bush spent far and away the most money of all the candidates. According to The Washington Post, he shoveled out $338 million in the first three contests. After finishing sixth, fourth, and fourth in Iowa, New Hampshire, and South Carolina, respectively, Bush pulled out of the race.

The Bush spending spree gained a mere 92,000 votes in those three contests. Each of the votes he won, therefore, cost him $368, an amount far more than that spent by his opponents. Those lavish expenditures didn’t even include the $100 million Super PAC money Bush raised via the Right To Rise committee. After only a few months, its coffers had shrunk by 85 percent. Bush abandoned the race on February 20.

Additional figures supplied by the Post showed that Ted Cruz spent $193 for the each of the 244,000 votes he received during those early contests. Marco Rubio dished out $153 for each of the 234,000 votes he gained. And John Kasich spent $72 for every one of the 101,000 votes he garnered. These three also gained more votes and spent less money than did Bush in those beginning races. But they, too, failed to achieve ultimate victory.

The voter’s choice in the early contests – and in many more that came later – was Donald Trump. He became the official Republican Party nominee during the July GOP convention. But in the three early races noted above, he spent a relatively paltry $64 for each of the 374,000 votes he received. Future candidates should wonder how he could win when raising and spending money is supposedly so important. Isn’t a huge campaign war chest an absolute necessity to buy time on radio and television, distribute campaign literature and paraphernalia, hire staff, pay for travel and lodging, etc.?

The answer to that question is that Trump persuaded voters – and the media concurred – that he was anti-Establishment, that he wasn’t another creature beholden to the ever-present political professionals. Voters who were tired of being taken from Republican to Democrat, then to another Republican or another Democrat, saw something different in the New Yorker who has never held any political office. And they gravitated toward him in state after state. Huge piles of money didn’t make the difference this time.

Now that he’s in a one-on-one race with Democrat Hillary Clinton, he will have to spend gobs of money for the final race. His own deep pockets may supply some of the needed cash. And he’ll certainly have to convince independent voters that he’s more than an interesting novelty making a bid for the nation’s highest office. Opponent Clinton has plenty of money and plenty of political experience. But she also has a closet full of skeletons that may turn voters away. Trump’s distance from the Establishment will continue to gain him support from a sizable number. But his penchant for shooting from the hip could turn out to be a negative among many voters.

With all of this said, we note that the 2016 primary season taught an important lesson: Money doesn’t necessarily translate to victory. No one knows this better than Jeb Bush and the 15 others who lost to the New York outsider. Growing numbers of the American people are looking for someone who is not part of the increasingly despised Establishment. Will Trump’s record match his rhetoric? The voters will have to see.