← Who Sets the Pope’s Agenda?
Changing Names To Confuse the Public →

By almost two to one, government employees in the United States exceed those in the manufacturing sector. Numbers supplied by the Bureau of Labor Statistics (BLS) and reported by blogger Terence Jeffrey show that federal, state, and local governments employ 21.9 million versus 12.3 million employed in manufacturing. Is it any wonder that America is slowing down? 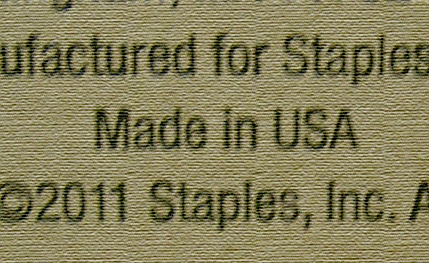 Manufacturing continues its downward spiral, which will be made even worse with Obama’s trade agreements (Photo by V4711 (Own work) [CC BY-SA 3.0], via Wikimedia Commons).

Wealth is productivity. A nation is wealthy whose people use the raw materials of the earth to produce goods. Government workers, frequently impeders of wealth producers, do not produce goods and do not create wealth.

BLS data shows that 1989 was the year when the number of government workers first exceeded the number making things. That year has been followed by steady growth in number working for government and a steady decline in the manufacturing field where the things Americans expect to use are made. Over the past 25 years, 4 million more have found jobs for government and 5.6 million have been forced out of manufacturing. Their manufacturing jobs went to Mexico, China, Bangladesh, and plenty of other nations whose wealth is increasing while the wealth of the United States is evaporating.

What does the Obama administration offer to address this problem? More entanglements called trade agreements that will, like NAFTA, result in more manufacturing jobs being lost here and gained elsewhere.

Jeffrey notes that, in 1941, there were 12.8 million workers in the manufacturing sector out of a population totaling 133.4 million – a ratio of 1 person in manufacturing for every 10.6 counted by the census. But in mid-2015, that ratio had shifted from 1 person making things for every 26 people in the nation. The goods Americans want and need are coming from elsewhere.

Nothing is being done to reverse the downward trend that gets worse year after year. If the U.S. doesn’t rebuild its manufacturing sector and shrink the number of government employees, the entire nation will suffer because the few who still produce goods will be taxed to keep the burgeoning rolls of government employees happy. And they will eventually cease producing.

We repeat: Wealth is productivity. Government workers, only some of whom are needed, don’t make things and many of them stand in the way of those want to be manufacturers.

Candidates for high office should take note of these simple facts before there are so many government employees, who are unlikely to vote for anyone wanting to reduce government employment numbers, that a continuance – or even a speeding up – of America’s downward spiral will be our fate.

For more on how money, banking, and the Federal Reserve affect our economy, view Dollars & $ense.